Specialists in the bodywork, sale and rental of transport vehicles for horses, THEAULT is the leader in this field.

Quality, reliability and ergonomics define the products developed by the company, for individuals and professionals alike. 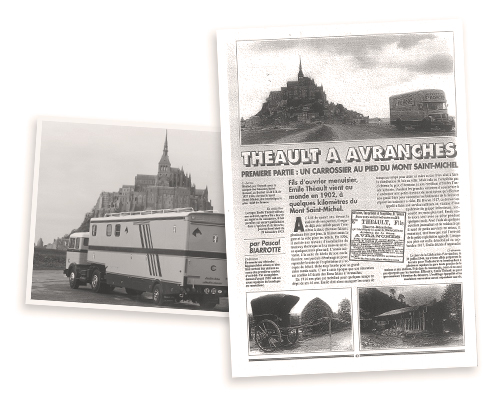 Founded in Avranches (Normandy, FRANCE) in May 1924, THEAULT began to build up cutting-edge expertise and put its wheelwright know-how at the service of its customers.

The company THEAULT was created by Emile Théault, son of a carpenter, born in 1902. 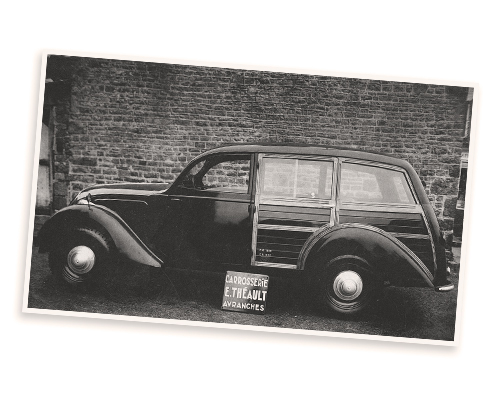 Design of the first horse-drawn vehicle & bodywork for utility vehicles

This decade also marks the transformation of the first light vehicle into a utility vehicle by THEAULT, the beginnings of industrial bodywork for the company. 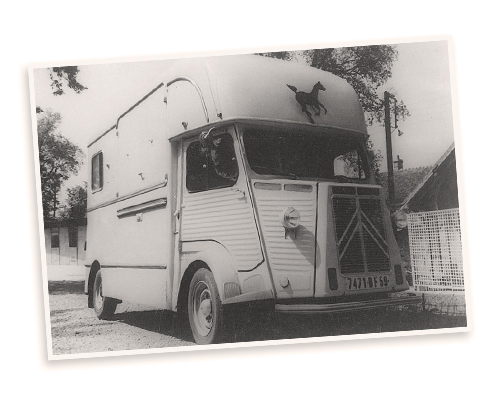 The company specialises itself in equine transport

From the 1950s and in a context of the democratisation of horse riding, THEAULT refocused and specialised itself in horsetrucks.

During this decade, THEAULT created the first truck designed for the transport of five horses with an “Angled” configuration. 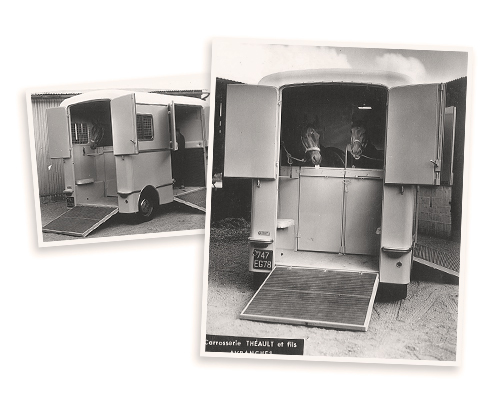 Creation of the first “rear-facing” truck

From the start of the 1960s, THEAULT offers a revolutionary vehicle with the launch of its first “rear-facing” model.

This system was then integrated for the first time on the Citroën HY platform cab chassis. 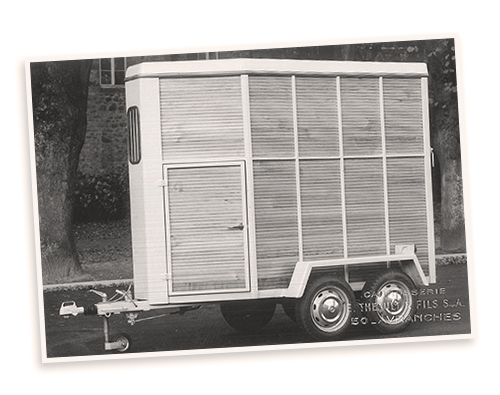 During the 1980s, the company embarked on the design and manufacturing of towed floats.

These models were then discontinued at the beginning of the following decade to promote the development of the THEAULT small range trucks. 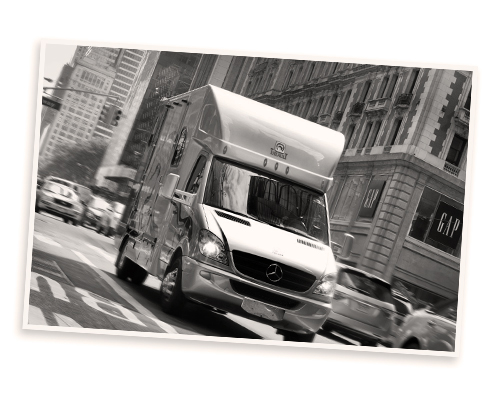 During the 1990s, a change of management took place within the company.

This was an opportunity to develop numerous projects, including a highly anticipated international launch.

THEAULT exported beyond its borders from Europe to North America through the Middle East and Oceania. 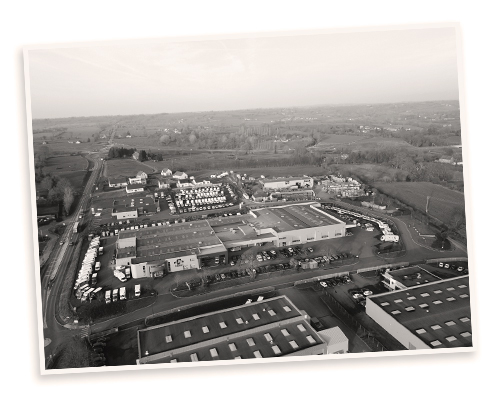 The 2000s mark a turning point in THEAULT’s history with the change of its production location.

The THEAULT factory moves to the outskirts of Avranches, in Ponts (Normandy, FR), and extends its industrial workshops.

The teams then had more room to create a new range of products: the MORPHEO, PROTEO and FIRSTEO models were born.

The “Stud” configuration was also created and integrated into the various models that make up the THEAULT collection. 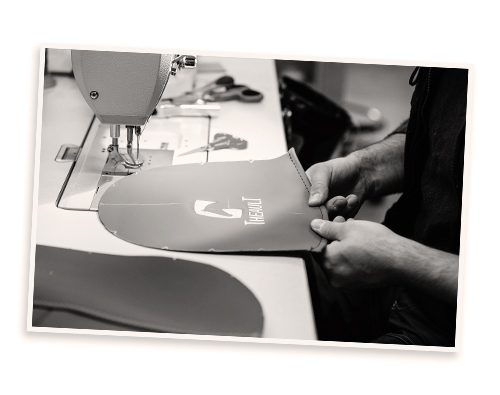 During the 2010s, the THEAULT range evolved considerably … The LIGHTEO model was conceived. The PROTEO enjoyed a new design and was equipped with the revolutionary Switch© system. The MORPHEO was also redesigned and the collection of heavy vehicles was relaunched with two flagship models: Endurance and Elegance.
These years also constituted the launch of the Renteo collaborative rental platform, an online solution dedicated to THEAULT truck rental in France and in Europe.

This was a noteworthy decade as THEAULT was awarded the Entreprise du Patrimoine Vivant (EPV) label by the French Government in 2019. This award distinguishes French companies with excellent industrial and artisanal know-how. It allows THEAULT to proudly fly France’s colours around the world. 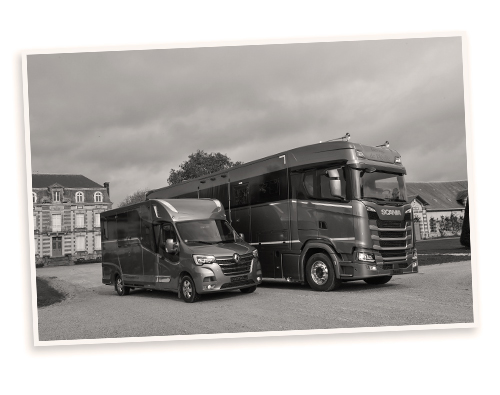 THEAULT vehicles have continuously evolved according to demand and market trends. Today, in addition to a wide range of horse transport vehicles, ranging from a small two-horse horsebox to a semi-trailer carrying 12 horses, THEAULT retains its reputation thanks to a wide range of services and its strong customer relationships. Still located in the heart of Normandy, the production plant, with an area of 30,000 m², currently employs 120 qualified people.

Since 1924, the THEAULT choice gives you the certainty of investing in a recognised value, acclaimed by many professionals, as THEAULT continues to prove its worth.